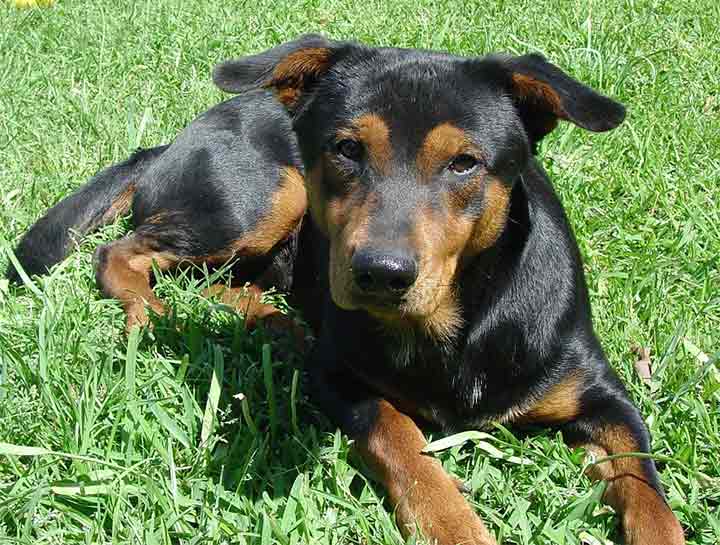 I’m going to talk about something scary today. Not an alien life form but a very real live virus called rabies. Rabies didn’t die out with Old Yeller – it is still very much with us, and definitely present in the wildlife of Merced County. In fact, Merced is considered an endemic area for the disease. We have positive cases every year! In the 30 plus years I have lived and worked here, I have watched both the Public Health Department and Animal Control cooperate to monitor Rabies positive cases turned in to the County. They map where the rabid animals were discovered, watching for “hot spots” of possible contagion in the wildlife. Positive rabid bats and skunks have been identified, often after a dog or cat has carried it into the house or killed it.

But what about the animals that just quietly die in the wild, that may be carriers of the disease? This, of course, is how it is spread. Consider: Rabies virus enters the body through a direct bite or contact with the mucous membranes (eyes, mouth, nose). Once there, it slowly spreads into the nervous system, eventually reaching the brain. There is NO CURE for the disease at this point. In fact, only because the virus multiplies and spreads so slowly is it possible for post-exposure immunization to work and save human lives. Rabies is diagnosed after the brain of the suspect animal has been inspected. There is no way to diagnose the disease in a living patient.

California is considered to have a high incidence of cases – over 400 cases in wildlife reported annually. Skunks and bats are the most frequent wildlife involved, but other carnivores such as  raccoons, foxes, coyotes and bobcats are often positive.

Each year one or two cases of human rabies is reported in the United States. Since 2002, 21 of 24 reported human rabies cases in the US were linked to bats, per the Center for Disease Control (CDC). July 24, 2013 a young girl was bitten by a rabid bat at the Oakland Zoo- it was not an exhibit animal, just local wildlife. She received post-exposure immunization and is fine. Easter in Bakersfield, California of 2012 was grim for the family whose pet cat bit their child, after itself contracting rabies from area bats.

In June, 2011 an 8 year old girl from Willow Creek, California actually survived the disease after intensive treatment at UC Davis’s Childrens Hospital. She is only the third person in the US to survive rabies without receiving the post-bite immunizations. Most people die or become vegetables. In countries where vaccination vigilance is not as high as the United States, rabies is a serious threat : 60,000 people die from this entirely preventable disease every year! Three “islands” are isolated enough to have no rabies : Hawaii, England and Australia. Travelling with pets to these places is a complicated process as they strive to remain rabies free, protecting people and their indigenous or native wildlife from sure death.

If your dog or cat is bitten by a bat or suspect carnivore that isn’t available for brain examination it is presumed exposed to a rabid animal. If the bat or skunk is confirmed positive and rabid and the dog or cat is NOT current with rabies vaccination protection it may be recommended that it be immediately destroyed. If the pet is current on vaccination, by law it will still be isolated for anywhere from 10 days to 6 months, depending on the individual circumstances of the case.

If a human is bitten, whether it be a pet or a stray dog or cat, or any wildlife, it should immediately be reported to a physician. If the animal is available, it will be quarantined or its’ brain will be examined to check for rabies. The type of bite, animal involved, vaccination history and other factors will determine the recommendations made by your physician and public health authorities.

This is where your money for those darned rabies licenses go. This is what it’s all about. The message : Vaccinate your pets against rabies. It’s the law – and it’s a good one!